Font nerd confessions: I’ve never thought Avenir was good for body text. It’s distinctive, but in a way that works against it. Source Sans, by contrast, is really underrated.

Using PHP for a little web project I might do makes sense in terms of its ease of deployment, but I’m dismayed at how much modern PHP resembles Java.

Ordering a fairly big batch of food from Wingstop. I am not sure this whole sheltering-at-home thing is going to actually improve my diet. (To be fair to myself, many of my other meals have been reasonably healthy…)

As I read posts from people in other areas talking about how they’re just now moving to required work-from-home, it’s shocking to remember we were “early” here in Silicon Valley. But two weeks ago was at least a year ago.

Well, I’m getting better at making semi-real lattes with my Nespresso machine by just heating up milk and frothing it with a whisk. (I am a super snob about drip coffee, but think Nespresso espresso is pretty decent.)

Me: I should really find a silver lining to having to get back to home cooking, and get more serious about cutting out added sugar. Also me: shut up, I am buying this giant bag of fun-sized Twix

For a long time, there’s been two competing narratives about Apple’s pricing:

For most of my Apple-using life, I’ve unsurprisingly been in the first camp. But for the past, oh, let’s call it five years, Apple has been making this…difficult.

But the two products announced this week show off two old-school Apple moves we haven’t seen in, well, a while.

First, the new MacBook Air. They’re bringing the Magic Keyboard to it, as we all assumed (hoped?) they would, fixing the biggest problem with their laptops of the last few years. They’ve upped the starting SSD from 128G to a more respectable 256G, and upgraded to a modern Intel processor that can turboboost up to twice as fast as last year’s Air—and that’s just the base processor: you can get up to a quad-core i7.

And they lowered the price.

For the last few years Apple’s been far more likely (especially with Macs but arguably with the iPhone, too) to improve a product some ways while making it worse in others and raising the price, playing right into that “luxury” narrative. But this wasn’t always Apple’s modus operandi. For many years, their classic move was upgrading a product while keeping the same price point: you still paid $1499, but now the CPU was faster, you had more RAM, you had a bigger hard drive, and so on. But the new Air is back down to the semi-magic $999 point (and Apple loudly trumpets that it’s $899 with the education discount). To be fair, we’ve been seeing more of this from Apple in the last couple of years—there was a modest price drop moving from the iPhone 8 to the XR, and while high-end iPads climb to nosebleed pricing territory, the low-end model has gained power while dropping in price—but there was a multiyear stretch when “get more for the same money” became “get mildly aggrieved for another couple hundred.”

Second, the new iPad Pro—but especially the new iPad Magic Keyboard, which has a trackpad, a USB pass-through port, an amazing cantilever design like no other tablet keyboard case I’ve ever seen, and a wheeze-inducing price point of $299–349 depending on size. This is also a classic Apple move: the damn thing is so expensive you can’t help but think of it as overpriced, but there’s literally no competition for it. You are not going to be able to get a keyboard case that nice from anyone else. (Amazon will fill up with knockoff versions for $99 or less, and they will all be pretty bad by comparison, because that’s the way of things.)

Personally, I’ve grown frustrated with the iPad’s software limitations at both the OS and app level. I wrote about that in “The iPad needs more focus on the little things” last August, which concluded with,

Don’t get me wrong: I’m not giving up my iPad. Who knows what iPadOS 14 will bring? But in the meantime, I confess I’m watching what happens with the next MacBook Air revision pretty closely.

Well, that update is here, and frankly, they knocked it out of the park. It’s pretty much everything I was waiting for.

And yet, if the iPad Magic Keyboard lives up to its promise, it’s the keyboard case for the iPad that I’ve always wanted. I still do love the iPad, and the Magic Keyboard might make it the best portable computing device for me ever—in terms of hardware. Unfortunately, hardware won’t fix the frustrations I have with the platform. So now, I suppose I’m watching what happens with the next major iPadOS revision pretty closely.

For the time being, though? The portable computer for me—and, I think, for anyone who wants the best laptop—sure seems like it’s the new Air.

I have ordered a new Air, with my existing MacBook Pro 13” (the two-port, no Touch Bar model) as a presumed trade-in. It’s a significant drop in base processing speed, but I suspect a better CPU overall. And definitely a better keyboard.

Man, I was all set to pretty much instabuy the new MacBook Air if one was announced with a decent CPU upgrade and the new keyboard, and they’ve done it…and then they went and confused my plans by announcing serious iPad OS and compatible accessory upgrades. So, hmm.

You know, making a deal for one of the best QBs in football history just as sports is cancelled indefinitely by an unprecedented global pandemic is somehow absolutely peak Bucs 🏈

Switching my Yes Plz coffee subscription from one bag every three weeks to weekly for a while. Time to batten down the hatches (and hope the coffee I have right now lasts the week, which is not a given).

At Safeway an hour ago to pick up a pretty normal grocery basket; the place is overrun by people seemingly stockpiling at random. Three boxes of Lucky Charms. A five-pack of seaweed snacks. Eight identical loaves of bread.

I made the mistake of checking my investments, which are mostly retirement accounts. Yikes.

Downtown San Jose isn’t a ghost town, but it’s quieter than normal, and I suspect going to get more so over the next month. My office has already been told to work from home over the next two weeks; I’m back to pick up equipment.

It took me a moment 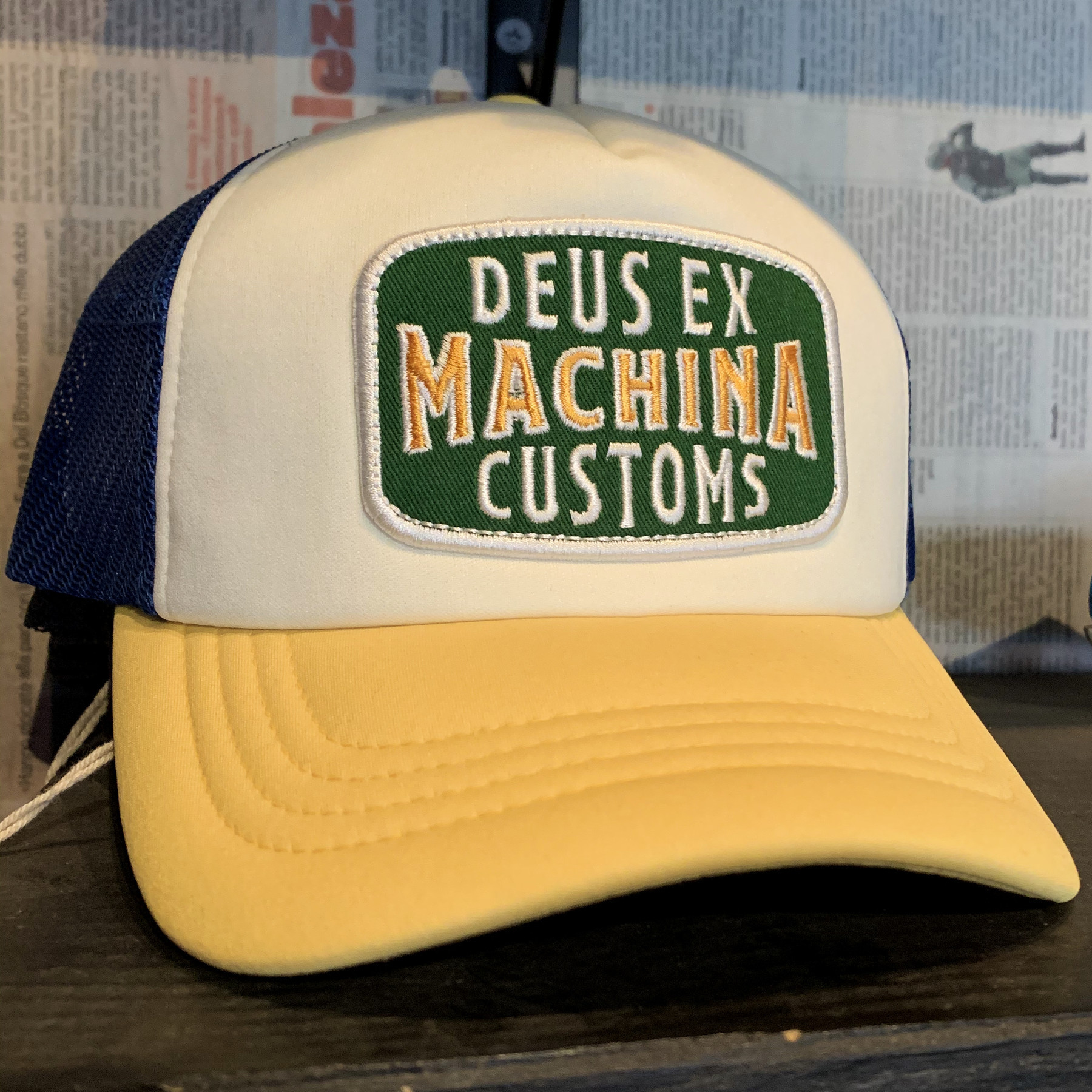 Both of the third-party Microblog clients I’ve tried (Icro and Gluon) seem to have no way to load “missing” posts, so my timeline might jump from 6 hours ago to 22 and I have no way to see what’s in between. Is this a limitation in the API, or just the clients?

Ah, so looking forward to rage-filled theories offering every possible explanation for how Sanders did worse than predicted today, except “turns out he didn’t get quite as many votes.” (Not from you folks, who are of course all reasonable.)

Is there a way to tell Homebrew “if an application was installed from a bottle, then don’t upgrade it to a from-source install?” It’s just bananas to come back and discover it’s installed Haskell and a bunch of dependencies because somebody forgot to bottle pandoc.

I’m debating whether reading Chuck Wendig’s Wanderers, an epic about an apocalyptic pandemic and the rise of a right-wing populist president playing on racist fears, will be unduly depressing or gratifyingly cathartic. 📚

The problem with iPadOS’s windowing/switching features isn’t that they’re not intuitive, it’s that they’re not discoverable. Visual affordances in other GUIs—icons, buttons, visible menus—are important functional cues that gesture-based UIs offer no replacement for yet.

The trailer for each Wes Anderson movie leaves one thinking, upon watching, that there cannot be a more Wes Anderson movie than the one just advertised. Now, surely, we have reached peak Wes Anderson. But then, there is a new film, a new trailer, and we see: no. We had not.

Finally managed to get new earpads for my Viso HP50 headphones, and reminded that they’re my favorite “closed back” cans, despite their somewhat weird looks.